Information, Events and Things to do in Lincoln

Lincoln is a very vibrant city with a busy and varied calendar of activities and entertainment. 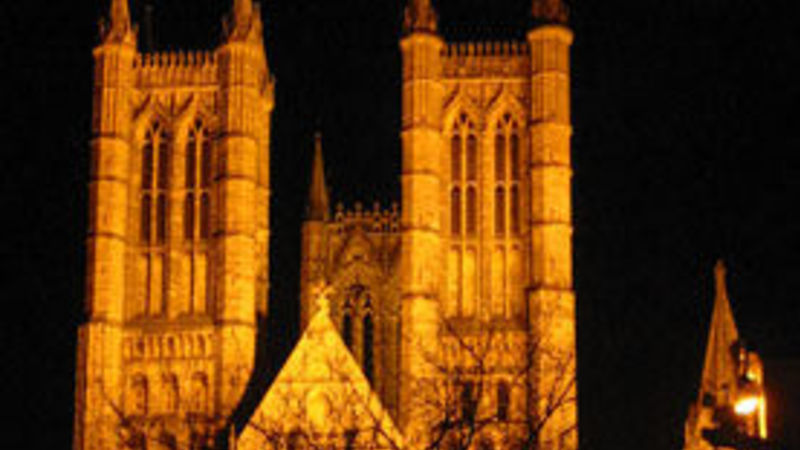 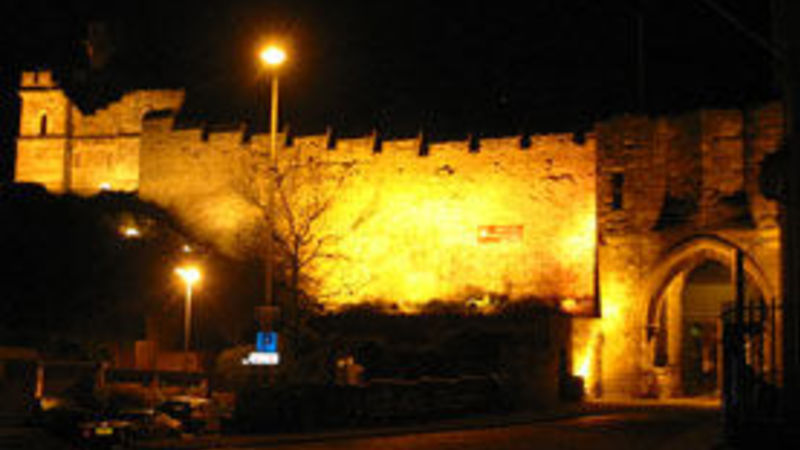 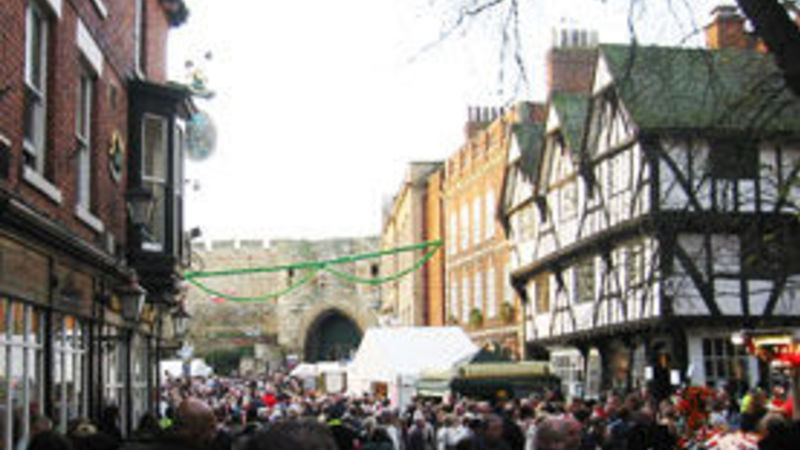 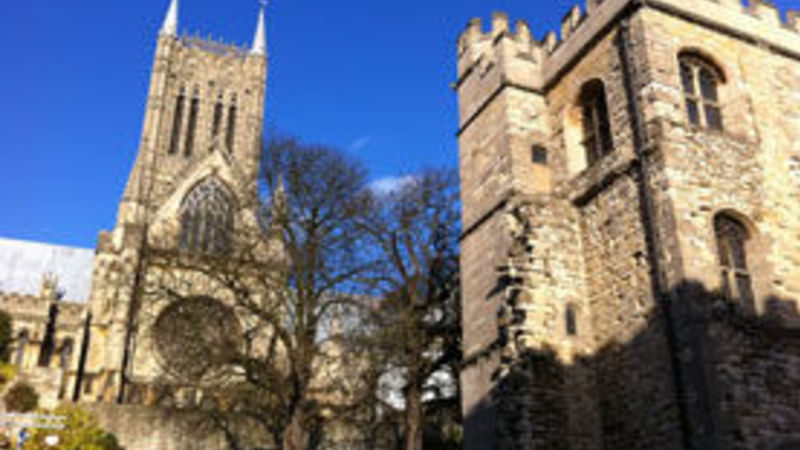 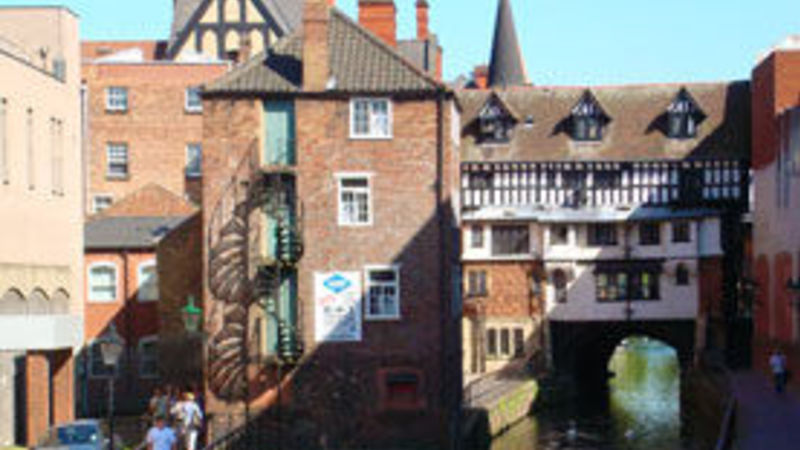 You may like to coincide your visit with one of our many annual or special events. To complement its natural beauty and built heritage, Lincoln is also a very lively City, and there always seems to be something going on. Whatever your taste in music or entertainment you are likely to find something that will appeal to you in Lincoln. In such an historic City, it is pleasing to see its old buildings come back to life with displays and re-enactments, medieval music, and Shakespearean theatre. But not all of Lincoln's events are rooted in the past. The City also stages excellent live music, fun weekends and top class sporting action. Many of the street and outdoor festivals are co-ordinated into the 'Summer in the City' programme, but there is also plenty going on at other times of the year. Including Lincoln's unique Australian Breakfast in January and of course the world famous Lincoln Christmas Market in early December.

About Lincoln and the History of Lincoln

Situated 40 miles inland in an attractive agricultural county on the East coast of England, Lincoln is a city of great historic interest. Its site was occupied even before the Romans came. In AD48 and established a military garrison on part of the land where the magnificent cathedral now stands. The garrison was later given the status of a "Colonia" a chartered town and centre for retired legionary soldiers, and a settlement of great importance.

"Lindum Colonia", from which the name Lincoln is derived was one of four "coloniae" in Roman Britain. Many remains of the settlement are still visible and it is still possible to drive through the Roman North Gate (Newport Arch), built in the third century. It stands astride Ermine Street as it continues towards the Humber. Nearby is a fragment of the core of the "Colonia" wall and part of the ditch. Excavations have revealed part of the Roman East Gate and the post-holes of the earlier, first century, timber gate. The lower West Gate was uncovered a few years ago and it is still possible to actually walk through this gateway. The Romans also laid the foundations of agricultural prosperity, draining the low lying fenland and opening it up to cultivation.

After the end of the Roman occupation the Anglo-Saxons robbed and damaged many of the buildings. Later, under Danish rule, Lincoln again became a thriving city and commercial centre. Many coins minted in Lincoln at this time have been found in Scandinavia indicating a strong trade link. As one of the five "burghs" of the Danelaw the city was also a fortified centre of the Danish army.

The Normans started to build their great cathedral in 1072, when Bishop Remigius moved the seat of his Diocese to Lincoln. Work on the cathedral which is visible from all roads into the city, was completed in less than twenty years, but in 1141 the roof was destroyed in a fire and the main structure fell into ruins as the result of an earth tremor in 1185. The rebuilding was started by St. Hugh whose shrine lies in the Angel Choir at the east end of the cathedral.

However, it is still possible to see the original Norman work on the West Front surrounded by Early English arcading. The Wren Library was added in the 17th century and contains many first editions and other treasures, including one of the four remaining original copies of Magna Carta. In 1972 the City Council provided a comprehensive floodlighting scheme to mark the cathedral's 900th anniversary and the building is now floodlit on most nights of the year.

The Castle, commenced in 1068, was the Normans' military stronghold. It is unusual in that it has two mounds: one crowned by the 12th century Lucy's Tower, a polygonal stone keep, the other with Norman structures surmounted by the 19th century Observatory Tower, from which there are beautiful views of the cathedral and surrounding countryside. The 14th century Cobb Hall has two storeys divided into cells with rings in the vaults for securing the prisoners. The county gallows were moved to the roof of this building in 1817 and executions, were carried out there until 1859. The 19th century Prison Chapel is also of interest.

Lincoln has a magnificent heritage and many places of interest there are several examples of Norman domestic architecture including Jew's House on Steep Hill, one of Britain's best known 12th century houses. Next to it is Jew's Court, now a Regional Craft Centre. Farther up Steep Hill is Aaron's House. Aaron, who was formally the owner, lived in Lincoln towards the end of the 12th century and was one of the greatest figures in English "Jewry". There are many timber-framed buildings dating from the 14th century including those on the 12th century High Bridge. The Bridge is a Norman vaulted structure. The Museum of Lincolnshire Life on Burton Road contains objects of everyday life from Elizabethan times to the present day. The Usher Gallery on Lindum Road has fine collections including paintings of the City and area, antique watches, miniatures, porcelain and enamels, oils and water colours by Peter de Wint, who lived locally, a coin gallery, and a collection devoted to Alfred Lord Tennyson The Guildhall, with its fine open timber roof with carved bosses dating back to the 15th and 16th centuries, houses the Civic Insignia of the City of Lincoln, which is perhaps the finest collection outside London. The Mote Bell on the roof dates back to 1371 and is the oldest in the country. It is still rung to summon Council members to meetings. The Stonebow, the late 15th century gateway beneath the Guildhall, stands on the site of the south gate of the lower Roman enclosure.

During the Middle Ages Lincoln's prosperity was based on the wool trade. After its decline in the 14th century the City's importance declined until the 19th century when Lincoln began to develop as an industrial centre. Local products include excavators, cranes, boilers, pumping equipment, electronic components and food products.

Apart from the many places of historical interest in the city there are facilities for a wide range of activities.

Lincoln is a centre for fishermen and attracts enthusiasts from far afield. There is boating on Brayford Pool, the Fossdyke and the River Witham The city has 3 golf courses and other is in the surrounding district and these are available to visitors. The City Sports Centre and Yarborough Leisure Centre offer facilities for most sports including swimming; the Yarborough Leisure Centre has an all weather athletic track and a sauna. Lincoln is fortunate in having two large commons, also bowling greens, tennis and squash courts, riding facilities and children's playgrounds.

Hartsholme Country Park has been created out of what was once the grounds of Hartsholme Hall. There is a lake surrounded by many acres of open parkland and woodland containing a rich variety of trees and wildlife, where one may enjoy recreational andeducational pursuits in beautiful surrounds. There are opportunities for picnicking, fishing, birdwatching and a caravan and camping area.